Looking at the January Transfers

by 91minute • February 4, 2010 • Comments Off on Looking at the January Transfers

Except for Real Madrid and Manchester City, apparently, times are hard all over the world. After months of speculation about big name movements, the January transfer window came and went without any earth-shattering deals. In a clear indication about the economic impact of the world recession, loan deals featured prominently, usually with an option for permanence attached at the tail end. While there were a few inspired moves, often the best deal is the one not made.

The value of Premiership transactions represented approximately one quarter of those made during last winter’s window. Ever Frugal Arsenal did essentially nothing, except loaning Senderos to Everton, despite having lost Van Persie and glaringly needing a bona-fide center forward. Liverpool off-loaded two peripheral players, Dossena and Voronin to Napoli and Dynamo Moscow, respectively, brought in Maxi Rodriguez for nothing and decided not to sell Yossi Benayoun to a Moscow club and Ryan Babel to Birmingham City. Wise moves, though Yossi wanted to go and should have been allowed to go. Chelsea, nothing to speak of. Manchester United’s main acquisition was Chris Smalling from Fulham, an up and coming central defender. With Arsenal sniffing around, Fulham cashed out wisely – it remains to be seen whether United over-payed. Smalling will finish the season with Fulham before joining Man United in the summer.

In a late, feel good move for all parties, Tottenham loaned the mercurial Robbie Keane to Celtic for the rest of the season. Keane, an excellent player still, had trouble finding playing time at Spurs. Manager Harry Redknapp allowed him to go to a club he supported as a boy, a club that received him with reciprocal elation. Keane is to return to Spurs after the season, but if he becomes the indispensable, Celtic will pay whatever it takes to keep him. Active Tottenham also sold Giovanni dos Santos to Galatasaray, brought in former Chelsea man Eidur Gudjonsson and is in talks to off-load Roman Pavlyushenko, who never adapted to England and Redknapp’s system.

After much speculation about Barcelona, Manchester City sent the unsettled Robinho home to Santos to get his game back on in time for the World Cup. Apparently Barcelona players nixed the idea of Robinho coming to Nou Camp, seeing the 25 year old Brazilian as a disruptive presence. Conversely, Robinho landed at the center of a packed, raucous Santos stadium by helicopter, accompanied by Pele. He is beyond ecstatic to be back where he started at Santos. Trading the gloomy weather and the food of North England for sunshine and samba will cheer anyone up, but will Robinho make the best of the opportunity? If he really does not want to return to Manchester, he still has to play well so that he can rekindle another club’s interest. A club rich enough to offer a resolution and allow City to claim that Robinho’s acquisition was not a total bust. City also took Patrick Viera off Inter’s hands, this obviously being the Mancini factor, but Viera might be too slow now to have an impact in the Premiership. 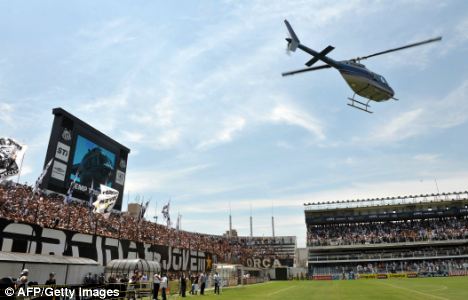 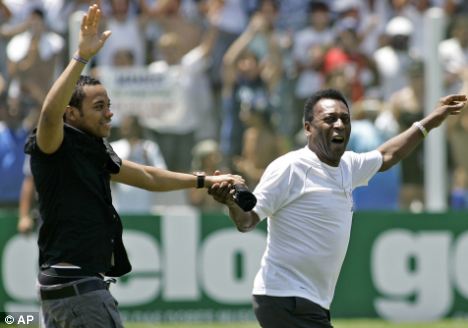 Ruud van Nistelrooy was finally moved by Real Madrid, destination Hamburg. With no available playing time in Madrid, Ruud will try to hit good form with a spot on Holland’s World Cup roster in mind. A spot in South Africa was almost certainly behind Germany midfielder Thomas Hitzlsperger’s switch away from VfB Stuttgart to Italian cup holders Lazio. Luca Toni also moved from Germany to Rome, happily leaving Bayern Munich for the rising giallo-rossi, though he promptly got injured upon arrival. Hernan Crespo, the much travelled Argentinian striker, is rejoining Parma, the club where he started in Europe and where he played from 1996 to 2000. Crespo moved on a free transfer after spending only a half a season at Genoa. Crespo takes over for Nicola Amoruso, who moved to Atalanta.

In Italy, Inter pulled off an excellent last second deal, acquiring 20 year old Kenyan midfielder McDonald Mariga from Parma, to the great delight of Inter President Moratti. The Kenyan has a promising future and was highly coveted by several big clubs, including Man City. With the departure of Viera, the aging (or ageless) Cambiasso and Zanetti, Mariga will be a strong addition to the club’s midfield ahead of the Champions League campaign and final Scudetto push. Inter also loaned Brazilian Mancini to cross town rival Milan for the remainder of the season. 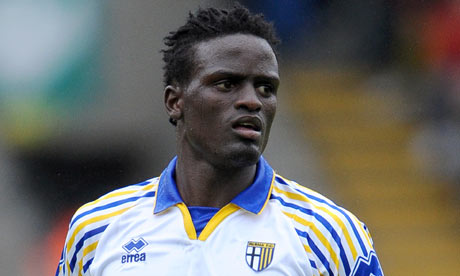 Fiorentina made some moves, signing a bunch of guys who didn’t succeed elsewhere: Serbian Adem Ljajic, who didn’t make it at Man Utd, Argentine Mario Bolatti, a good signing, and Brazilian duo Keirrison and Felipe on loan for the rest of the season. Fiorentina’s main problem though if now finding a resolution for Adrian Mutu, who was playing fantastically at the start of the year, but is now on the brink of a career disaster after inadvertently failing a drug test via some diet pills. He should be cleared in a couple of months, as this was an obviously unintentional mistake, but his absence leaves a big void for Viola. 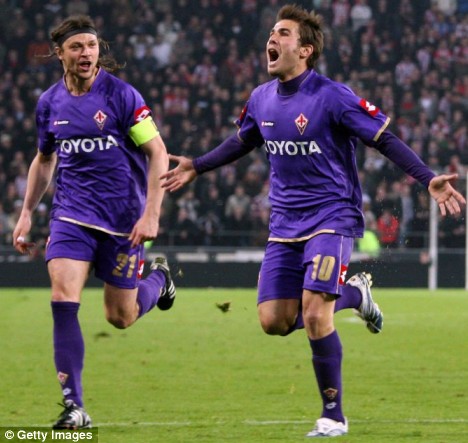 Atletico Madrid made a few good moves in Spain, acquiring a young Argentine striker from Lanus, selling Sinama Pongolle to Sporting Lisbon and allowing Maxi Rodriguez, who will be out of contract at the end of the season to go to Liverpool now rather than later. If Salvio develops into the new Kun Aguerro, this was a tremendous coup for a potentially exciting star. Zaragoza, desperately fighting against relegation, continued to spend money, bringing in former Barca man Edmilson from Brazil and Chilean Suazo from Mexico.

It was harder to be a seller in this market, as prices collapsed everywhere. This is a good thing. Astronomic transfer fees and everything they entail, corporate sponsorships, middle-men, press coverage about contracts, impossible competitions, etc., detract from actual matter: the beautiful game.