Chelsea-Mourinho Reunion Off to a Rocky Start

If Chelsea’s setback at Everton over the week-end was not cause for alarm, the performance against Basel definitely revealed a problem – not the result as much as the uninspired, confused display of a Chelsea group that finished last season in great form. Mata and Edin Hazard were the architects of a great run in the second half of the season under Rafa Benitez, possibly the most enjoyable Chelsea ever. While attempting to reassert his personality on the club, Mourinho seems to have quickly disturbed the chemistry of a very cohesive group. 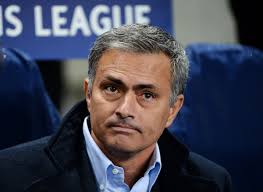 Mourinho made only a few moves. He brought in Samuel Eto’o, a bit of a mystery after three years in Russia, kept the mis-firing Fernando Torres and Demba Ba, and brought in Willian from Anzhi. But let go of two valuable weapons in Victor Moses and especially Romelu Lukaku, who had an excellent last season on loan with West Brom. In the middle the most notable change is the return of Frank Lampard, mostly at the expense of Mikel. However little changed, the formula against Basel did not work. With the game on the line, there was no magic from Mata or Hazard to save the day, less from Oscar. Eto’o looked unpolished, Lampard did not have a strong impact and was substituted. But above all the body language of a normally mentally strong Chelsea team was off. Content keep lateral possession while creating few real scoring opportunities, a timid attacking approach and just enough defensive softness (and a bit of bad luck) to give the game away.

After the game Mourinho was not as concerned with the result as with his team’s performance, calling into question the players’ assertiveness, killer instinct and maturity. These elements, clearly visible during Rafa’s brief tenure have inexplicably disappeared during Mourinho 2.0. Chelsea’s current lack of chemistry can be traced directly to Mourinho and there is only one thing he can do to fix the problem. He must win the devotion and the trust of a collective group that is not playing with the same heart and fighting spirit as they did for Rafa. He must treat Mata, Chelsea’s best player over the past two years and highly regarded by all, with the same respect he had for his stars in Madrid. Mourinho could learn a lot by simply watching Chelsea under Rafa late last season.

← Champions’ League Reveals the Gap Between Elites and the Rest
Internazionale Milano on Cusp of Sale. Why? →

6 comments for “Chelsea-Mourinho Reunion Off to a Rocky Start”