Four-time World Cup winner Italy was knocked out of the tournament by a resilient Slovakian team yesterday, but perhaps more than anything Italy failed due to its own inability to put together any kind of coherent performance on the big stage until time literally ran out. Against three accessible adversaries, Italy failed to advance from group stage for the first time since 1974, a lamentable achievement for an experienced group of players, a manager with a successful history and a nation with the deepest soccer traditions and highest expectations. Italy finished bottom in Group D, even behind New Zealand, an unprecedented feat. 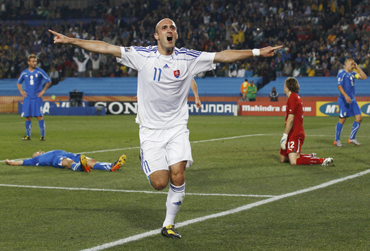 By the time Italy started to figure out its midfield problems and to play with a sense of urgency, the Azzurri were already down 2-0 and staring at a humiliating exit. Lippi had made two moves, starting with Di Natale and Gatusso in place of Gilardino and Marchisio. While Di Natale was a worthy choice, the midfield of Montolivo, De Rossi and Gatusso was a complete failure. De Rossi’s error put Slovakia ahead and Gatusso’s World Cup experience lasted only 45 minutes. Lippi’s introduction of Maggio and Quagliarella was partly correct, but did not address Montolivo’s ineffectiveness. It wasn’t until Pirlo’s introduction that Italy’s midfield finally acquired some kind of shape, with De Rossi springing up in front of Pirlo to a more attacking position, while Pirlo distributed.

At 1-2 Italy looked poised for a dramatic last minute equalizer that would have seen them through, as in the past. It was not meant to be this time. Slovakia, ugly in killing the game, played otherwise admirably and courageously. It was a historic day for both sides, obviously for opposite reasons. In the end, the early elimination provides new Italy coach Cesare Prandelli with an ideal opportunity to build a team with a new foundation. The time for Cannavaro, Zambrotta, Buffon, Pirlo, Gatusso, Nesta and others appears to be over. But Italy’s future is in good hands. Prandelli is a very capable manager and will have an exciting new project ready for the Euros in a couple of years.

Slovakia earned a date with Holland next, to the relief of many Dutch supporters who always regard Italy as a most uncomfortable opponent. Holland defeated Cameroon in its final group match, one that was remarkable for two aspects: Arjen Robben’s return and the inexplicable decision by the Dutch coach to make no changes to his starting line-up, despite already having advanced to the knock-out stage. It would have been a great opportunity to give five or six players a chance, as Argentina did against Greece. In the end there was no damage: no injuries, no suspensions, another happy day for the Dutch. 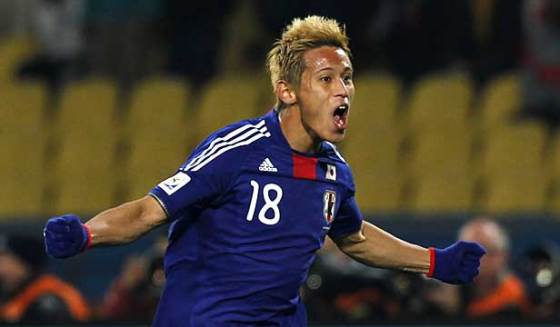 Man of the Match: Japan got a great performance from Keisuke Honda.

Japan progressed with a well-deserved win over Denmark largely engineered by its most creative player, Keisuke Honda, who scored a great goal and set up an even more impressive one for a tap in. While Honda enjoyed a match of a lifetime, Danish goal-keeper Sorensen was uncharacteristically shaky all night. Japan will meet Paraguay next, winner of Group F, an interesting match-up of similarly laborious teams looking to make history by advancing to the quarterfinals. Paraguay may have the first chance, but the best performer of the day will prevail.