Ma … che cosa !!! Last Saturday’s encounter between Lazio and Inter revealed the truly incredible dimension of acrimony that exists in the world of soccer, globally not just in Italy, when home side Lazio fans supported visiting team Inter on this occasion despite desperately needing points to fend off relegation. Why? Because any point gained by Lazio from the match would benefit Roma. Lazio fans would prefer apparently their team playing in the second division than contributing in any way to their hated cross-town rival, Roma, title ambitions. So Lazio showed up and played the match relaxed with the entire home stadium supporting the visiting team from up north. 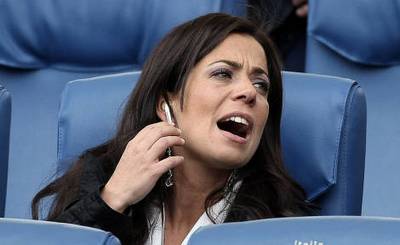 This scenario of course infuriated Roma directors and President Rosella Sensi, who urged Inter to be ashamed about taking points from Lazio in this manner on the way to winning the Scudetto. Silly thing to do – guess who was sensitive on the other side? That’s right, the Special One, who could not simply ignore an obvious declaration of sour grapes (Roma itself representing a shining example of pragmatism) and immediately retorted about the merits of his work. A delectable feast for the paparazzos, who fed the Sensi – Mourinho saga with characteristic zealousness.

The Special One is on the verge of three titles, yet nothing has been won yet.

All of this as a prelude to tomorrow’s Copa d’Italia final, featuring: Roma – Internazionale Milano. Bravo, perfect resolution to the episode: a one-off at maximum intensity to determine the bragging rights. Coincidentally, the venue for the match is once again the Stadio Olimpico in Rome, a decision made long ago at the outset of the competition. Mourinho & company can be certain that tomorrow’s atmosphere will be nothing like Saturday’s.