It was a winning start for Argentina but their victory was not convincing even before a late Bosnia reply from Vedad Ibisevic. 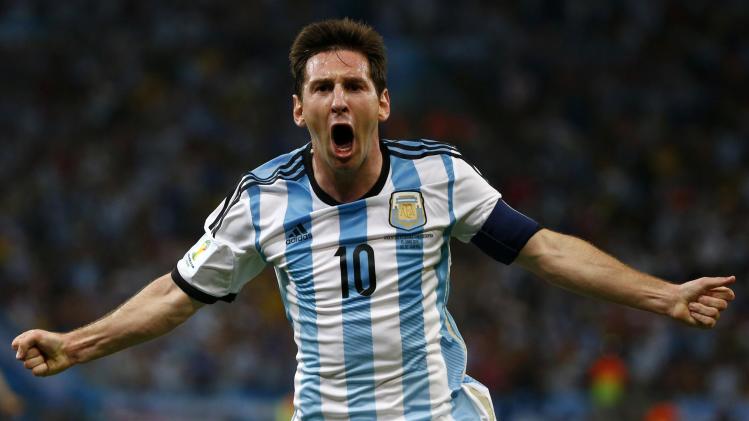 This was a scratchy, scrappy performance that raised more questions than it answered against a disciplined and technically adept Bosnia side who was undone first by a moment of misfortune three minutes in to their first World Cup and then, as they tired in the second half, by a moment of brilliance from Lionel Messi. Equally intriguing was the show put on in the stands by the large contingent of Argentines and by the Brazilian spectators who supported Bosnia throughout and showed clear delight in seeing their long time rival suffer at times.

As expected, Argentina switched to a 5-3-2 from the 4-3-3 they used for much of qualifying, with Gonzalo Higuaín being replaced by Hugo Campagnaro. Higuaín was not fully fit which, with Rodrigo Palacio out with a calf injury, perhaps in part explained why Alejandro Sabella had made the change. But it still seemed baffling, particularly given that Bosnia, having used a 4-4-2 through most of qualifying, had spent their warm-up games preparing to use the 4-2-3-1 they did ultimately deploy. Sabella had only heightened the sense of mystery by saying his selection was not to do with how he expected Bosnia to line up but “more with other things, but I can’t say what publicly”, prompting rumors about cliques and splits in the squad.

Argentina were solid rather than spectacular, which is Sabella’s way, but it still felt rather anti-climactic given both the potential of their forward line and the narrative of the tournament so far. Messi had the sort of game he has had a lot recently. It would be wrong to say he was peripheral in the first half, for Messi is never peripheral, his every touch shimmering with menace, but he certainly was not as dominant as he can be at his best, the attentions of Muhamed Besic forcing him to drop deep, which left Sergio Agüero at times rather isolated.

After going behind, Bosnia had the better of it for an hour but as Misimovic’s legs went, so did their threat. There was one long-range Javier Mascherano shot that was beaten away by Asmir Begovic but that aside, the threat came from Bosnia. Much of it came in a general sense that they might be about to create something rather than anything more tangible – credit, perhaps, to the solidity of Argentina’s defending – but Senad Lulic forced a fine save form Romero with a low header from a right-wing corner four minutes before the break.

Sabella was worried enough to make two changes at half-time, Higuaín and Fernando Gago coming on for Campagnaro and Maxi Rodríguez as he reverted to 4-3-3. Still there was little fluidity. When Messi whipped a free-kick over 20 minutes into the second half, the largely Argentinian crowd booed. A minute later, though, he scored, cutting in-field on to his left foot and firing a shot in off the post from the edge of the box for his second World Cup goal – eight years less a day after his first. It was needed, with the substitute Vedad Ibisevic squeezing a shot through Romero with five minutes remaining to cause Argentina late anxiety.

Both Messi and Argentina will have to be far sharper if they are to return to the Maracanã in four weeks for the final. For now, perhaps, the most important thing is that both Messi and his country are off the mark.