Fabio Capello, known as a strict disciplinarian, is on the verge of being appointed new Russia manager following the Russians’ disappointing Euro 2012 campaign. The 66-year-old Italian, who quit as England boss in February, said he was happy to work in Russia and looking forward to the challenge. 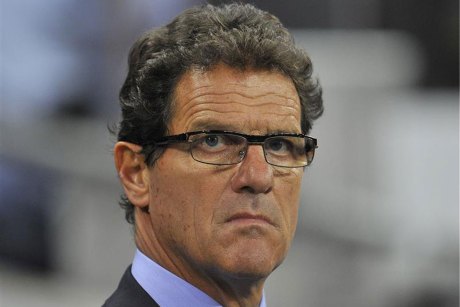 “I am happy, if contract negotiations go well as I believe they will, it will be a wonderful adventure, as Russia is a great country,” he told Italian news agency ANSA.

Capello will succeed Dutchman Dick Advocaat, whose contract expired after Russia failed to advance past the group phase At Euro 2012. The Russians had been hoping to reach at least the quarter-finals in Poland and Ukraine following their surprise run to the Euro 2008 semi-finals under Advocaat’s compatriot Guus Hiddink. Upon returning home, the players faced heavy criticism from high-ranked politicians, media as well as ordinary fans.

Capello, who has had success coaching top clubs such as Real Madrid, AC Milan, AS Roma and Juventus, had already received a glowing endorsement from Russia captain Andrei Arshavin. Capello was regarded as favourite for the job even before coming to Moscow for talks with Simonyan and Mutko last week after the RFU published a list of 13 high-profile candidates, which also included former Tottenham Hotspur manager Harry Redknapp, ex-Liverpool boss Rafael Benitez and former Barcelona coach Pep Guardiola. Russian media reported Capello would earn up to 10 million euros a year after signing a contract through to the 2014 World Cup, with the possibility of extending it for another two years.