Argentina Rolled Over by Germany

It is Argentina’s turn to suffer after being knocked around, down and out by an irrepressible German team that controlled the match almost from start to finish and left Maradona’s team shell-shocked, tearful and out of the World Cup at the same stage as four years ago. There was no controversy, no case of bad luck. Maradona described his feelings at the end of the match as equivalent to taking a full punch from Mohammad Ali. It was simply a match where one side rose to the occasion while the other never found its rhythm or its footing, in large part because Diego made a grave tactical error.

By failing to insert big match players Veron and Milito, Maradona left it easy for Germany.

There can be no discussion about Germany’s victory. They were the better side without any debate, quicker to the ball, defending and attacking in compact formations and leaving the opponent very little space in the midfield to operate. Even when ahead Germany always seemed like the side more likely to score with speedy breakouts and excellent movement throughout the pitch. Schweinsteiger, Podolski, Ozil and Muller seemed always just outrun and outskill Argentina in the final third of the field. But what is puzzling is that neither Maradona nor any of his assistants sought to fix the obvious problem in Argentina’s midfield.

By halftime, with no cohesive flow to Argentina’s game and slow construction entirely reliant on Messi, the most effective solution would have been to insert Veron in the place of a largely anonymous Maxi Rodriguez. Even at his age Veron has a commanding presence in the middle of the field with his tackling but also his creativity. Messi always plays better along side Veron. Yet Diego did not insert either Veron or the most in-form attacking center forward in his squad, Diego Milito, who surely would done better than the selfish and ineffective Higuain. Had they been made, those two changes would have rebalanced the match. The Germans must have been counting their blessings for this glaring error of judgment. Pastore for Otamendi? Por favor! Goals three and four came directly from that change. If you go out of the tournament, go out with your best warriors.

Without Veron’s support Messi was forced to drop further and further to collect the ball, the roving Tevez never really created any danger, while di Maria continued his mediocre World Cup as Real Madrid must wonder “what did we just pay 30 million euros for.” Germany thrived around the slow and dysfunctional Argentine midfield as everything got worse before the end for Argentina. Instead of revenge for what happened in Berlin four years ago, Argentina was humiliated by a flying, young German team that must be brimming with confidence after resounding wins over England and Argentina. 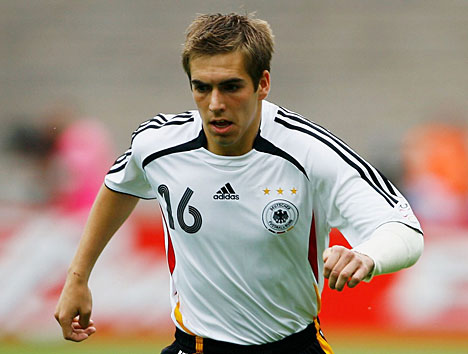 Argentina was humbled severely by one of the most painful losses in national team history, though it was frustrating to see some of its best players not participate in this match. The suffering will give way to reflection. It remains to be seen if Diego will stay on, something that surely he would like to continue, or if the AFA starts a new project. For Germany’s young stars, the sky is the limit now. They have the confidence to play with anyone and certainly believe that they can win the tournament. In all likelihood, two more enormous tests separate them from that dream: Spain and Holland.